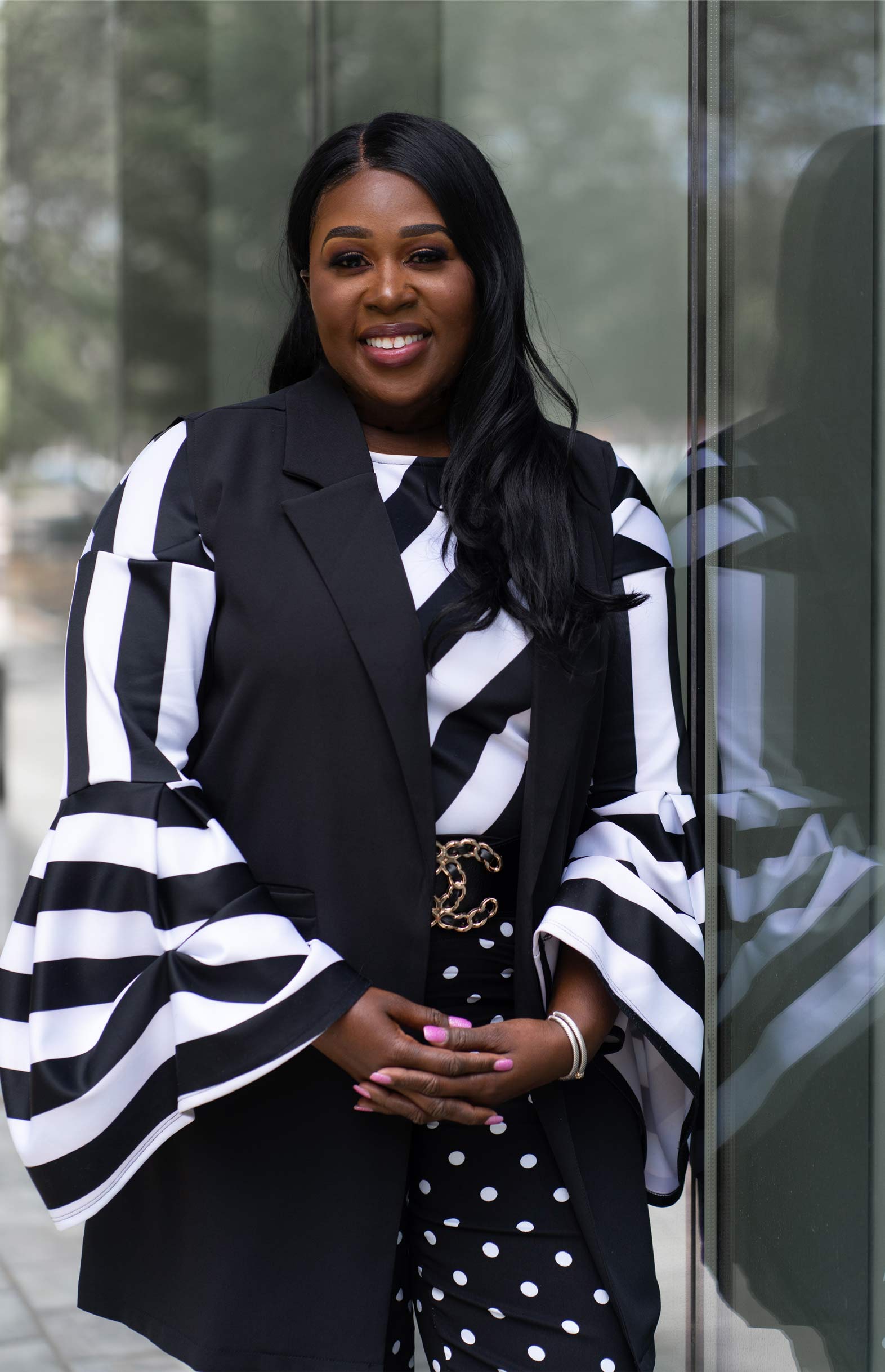 Dr. Trenette Clark Goings (Dr. Trenette) is the Sandra Spears Reeves & John B. Turner Distinguished Professor in the School of Social Work at the University of North Carolina at Chapel Hill. She is a behavioral health researcher, author, speaker, and a world-class impact agent. Her research focuses on racial and ethnic health disparities, emphasizing substance use prevention among youth and young adults of color. As the founding director of the INSPIRED Lab at UNC, she leads a team that uses science to inspire change, prevent health disparities, and achieve health equity.

A native of North Carolina, Dr. Trenette grew up in a rural town of just 200 people. The differences she observed in people’s lives from the same environment prompted her to understand the factors that influence individuals’ life trajectories. On the surface, her hometown appeared to offer an idyllic country life, complete with church suppers and summer days spent at the ‘swimmin’ hole.’ However, Dr. Trenette also saw the dark side of rural America and the severe effects of lack of opportunity, poverty, and racism on the human spirit. She saw some who felt crushed and defeated by the scourges of poverty while others from seemingly similar families not only survived but thrived. Dr. Trenette credits her success to her capacity for resilience instilled and nurtured by her family and reinforced by the heritage of perseverance, which is a heritage shared across African American families. Rather than simply moving on to greener pastures, Dr. Trenette has focused much of her work on improving the quality of life and increasing opportunities for those in underserved and marginalized communities.

Dr. Trenette has been consistently funded since her first year as an assistant professor. She has led and collaborated on multidisciplinary projects totaling approximately $17 million in federal grant funding. Additionally, she is currently the principal investigator of nearly $3.5 million in federal grants, including an NIH/NIDA R01. She has authored over 60 publications in leading peer-reviewed journals, including Drug & Alcohol Dependence, Addiction, Development & Psychopathology, Addictive Behaviors, and Health Psychology. Dr. Trenette is also co-author of a new book, African American Families: Research, Theory, and Practice, which presents a comprehensive examination of the social, political, historical, and psychological factors that influence the many forms of today’s African American families.